Liberia: Rev. Kortu Brown Calls on Pres. Weah to “Shake Up” His Cabinet Amid Rice Scarcity 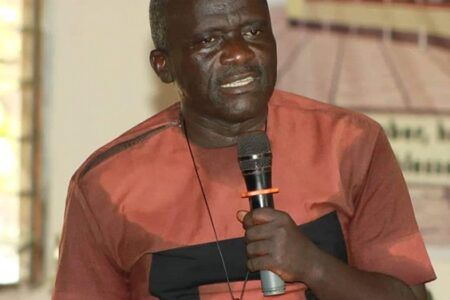 Monrovia – The former president of the Liberia Council of Churches (LCC), Rev. Kortu Brown, has asked President George Weah to shake up his cabinet, especially the government agency responsible for the rice crisis.

This call comes as Liberians grapple with the scarcity of the country’s staple food. The rice situation is becoming terrible as a 25kg bag of rice is now being sold in Liberia for around four thousand five hundred Liberian dollars (LRD4,500), more than US$25 in a struggling economy. President Weah, who was out of the country when the rice crisis started upon return, allayed the fears of Liberians by announcing that there is enough rice in the country.

President Weah said: “We need not to always listen to the gossip of the streets. This is not the first time it has happened. Those responsible for importing rice say we have rice up to next year. I don’t believe there’s rice scarcity I believe there is rice.” The Ministry of Commerce, whose functions are to enforce the standards of businesses in the country, is yet to make any public statement in line with the declaration by the President to bring the situation under country, thereby leaving Liberians at the mercy of businesses who are arbitrarily and capriciously increasing the price of rice and at the same time introducing other unorthodox means of selling rice.

And Rev. Brown believes those at the  Ministry of Commerce are unable to adequately address the concerns of importers and consumers, and wants the president to dismiss them immediately to prevent the situation from escalating.

“The scarcity of rice in the country is so alarming and bringing total embarrassment to the citizenry,” Rev. Brown said.

Rev. Brown said earlier this year when he served as President of the LCC, he approached the government through the Ministries of State, Commerce, and the National Port Authority to regarding key issues in the country that needed to be addressed, including averting a potential rice crisis but the government failed to listen to recommendations he advanced.

“The response to our concerns on reported rice shortages about eight months ago was rebuffed by the National Port Authority and Ministry of Commerce. In fact, the Minister of Commerce refused to meet with the leadership of the Council at the time despite the intervention of the Minister of State at the time.

Rev. Brown said It’s time for the President to take a side with the Liberian people to shake up the regulators. “Show them the exit door. And restore the people’s confidence in the government,” he added.

Liberia: Lewis Brown Alarms over ‘Threat’ from Pres. Weah on His Life